The major day-trips that I documented in pictures were to Neuschwanstein, Berchtesgaden, and the Zugspitze. I no longer remember how these were arranged, but I do recall that they were formal trips with buses. It is possible that the Institute arranged them for the benefit of the students at no extra charge. 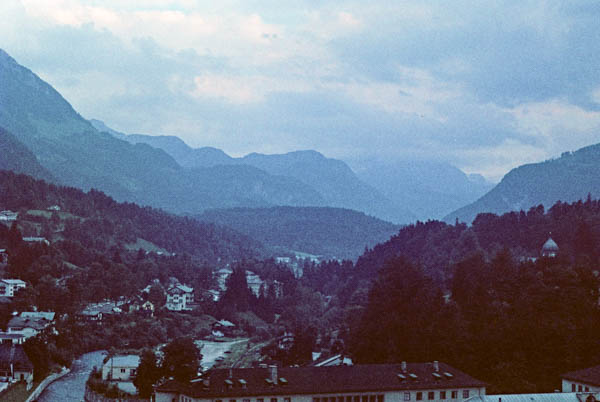 The village of Berchtesgaden sits in a narrow Alpine valley. The area is now a national park.

The day we visited was typical for that summer: chilly and damp. 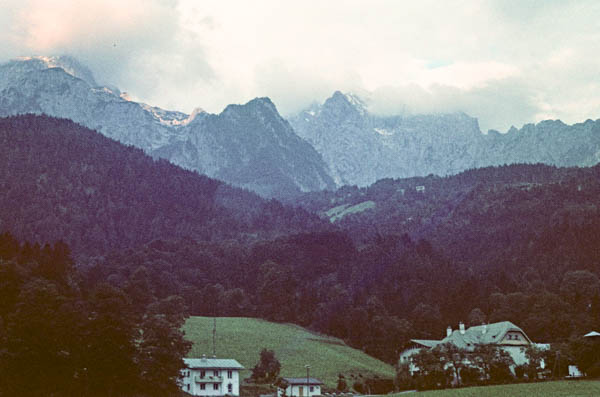 The scenery is rugged. 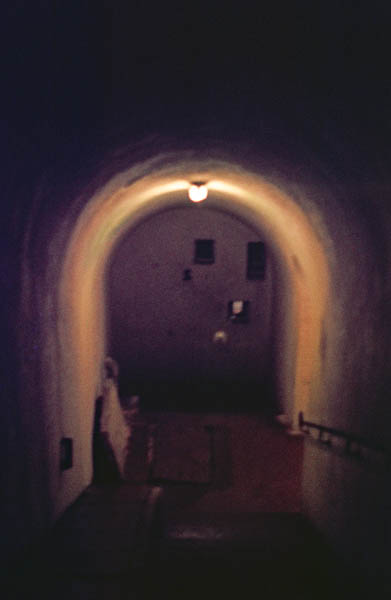 I don't have any pictures of the outside of Hitler's retreat in this area. At the time I purchased a packet of postcards with exterior shots. I expect I have it somewhere and may scan one in some day. In the meantime there are pictures at the link. The surviving above-ground buildings were destroyed after the war.

This was the entrance to the underground bunker. There were guards stationed behind the bulkhead at the bottom of the stairs who could defend the entrance quite easily. 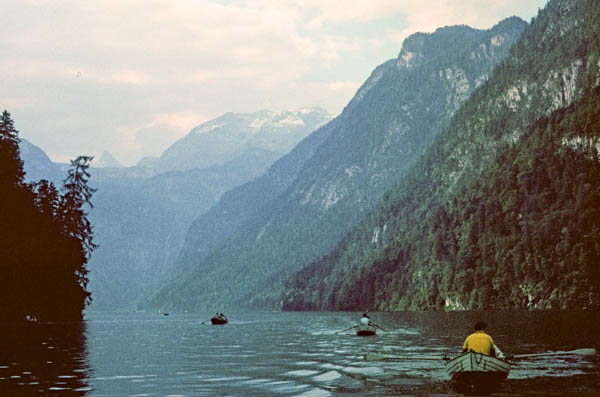 We also visited the nearby Königssee. 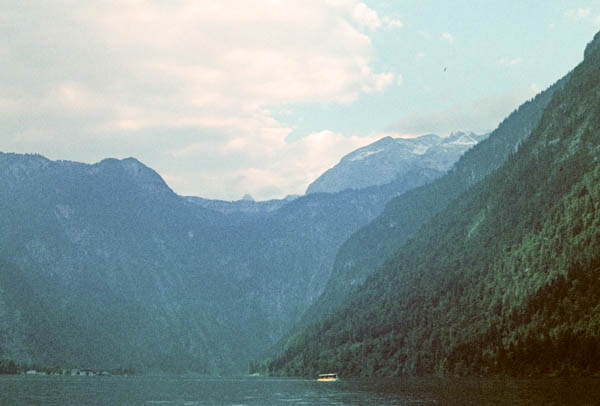 It is a striking lake with the mountains plunging into the water. 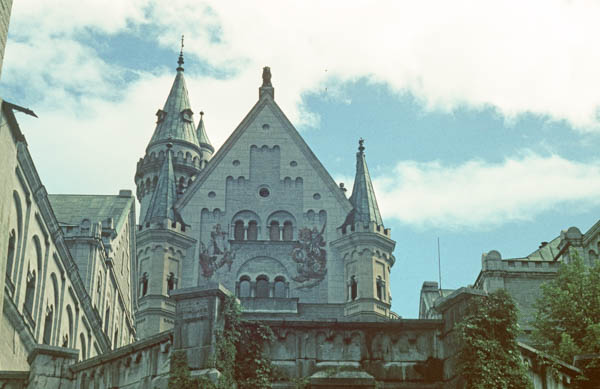 Another day trip was to Neuschwanstein, the fanciful palace built by Ludwig II, King of Bavaria. Ludwig was eventually deposed due to insanity, but the diagnosis is suspect and the cause of his death shortly thereafter remains a mystery. 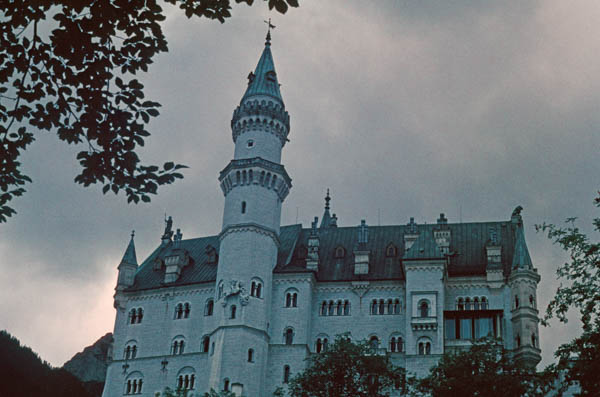 Although the design of the castle is unlike that of most German castles, it has somehow become the iconic style. 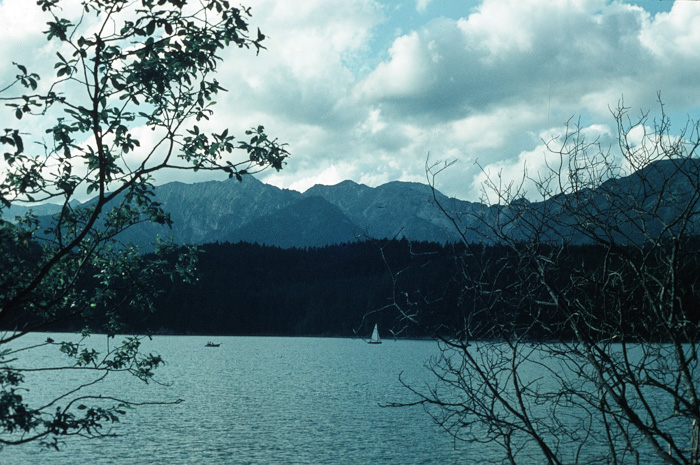 Our trip to the Zugspitze included some time at this lovely lake. My slide doesn't have its name, but I think it is probably the Eibsee. The cable car to the top leaves from this lake. 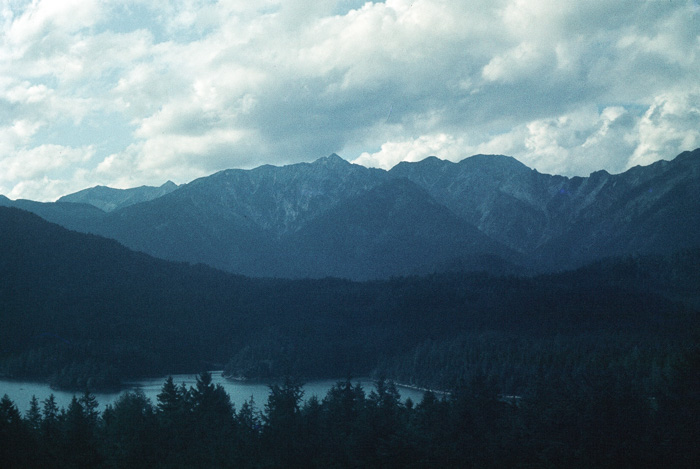 Another view of the lake as we travel up to the peak. 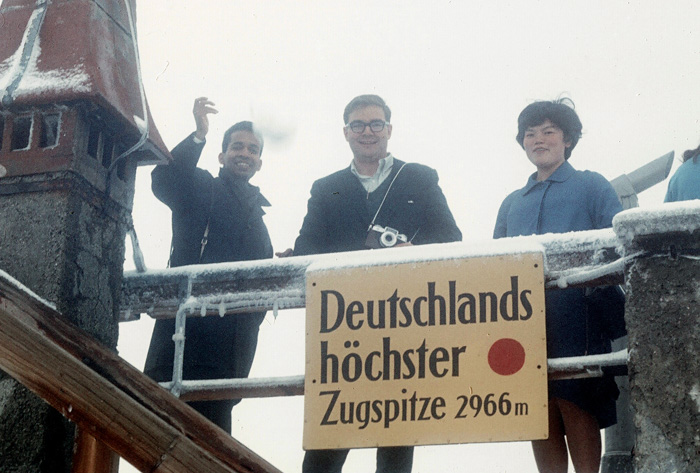 Once we reached the peak, it was in the clouds and snowing to boot so no more pretty mountain views.

From left to right: George from India, Gary from the USA and Peco from Japan. 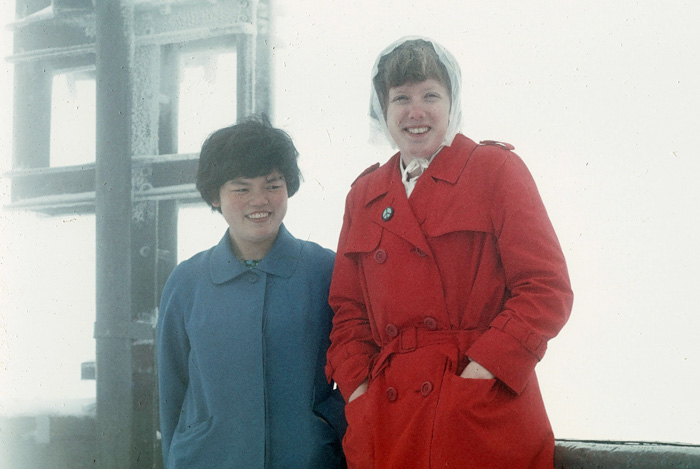 Peco and me. My primary memory of this portion of the trip was being quite cold. I had bought the red trench coat in Switzerland when I went to visit my folks there. It was snazzy but it was not warm. I kept that coat for very many years until it was almost a rag and then I bought ANOTHER red trench coat. I lost that one (forgetful as usual), and am now on my third red trench coat.

I can recall spending an inordinate amount of time in the ladies' room warming my hands on the hot-air dryer. I don't think I had any gloves. 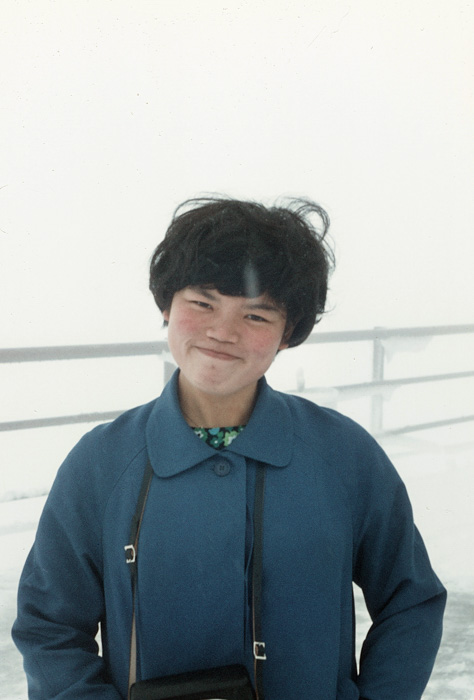 This picture of Peco in the snow is perhaps my favorite.