Twice I visited Salzburg, a beautiful city of gardens, fountains and music. Mozart's music is featured in his home towm. One evening my friends and I attended a chamber music performance in a venue where he had performed himself.

My first trip was with my friend Kathryn. I took the train up to Munich and then the two of us traveled to Salzburg together. For whatever reason my camera was loaded with print film rather than slides, so I'll need to find the prints to capture that trip. I had confused the weekend of our planned trip and arrived at her apartment with suitcase in hand a week early! Getting schedules confused is not something that has developed with advancing age!

The second trip was with friends from the Institut. 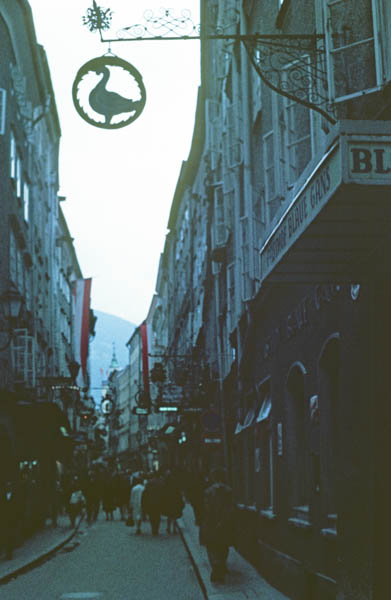 The guesthouse where I stayed on both trips was the Blaue Gans (Blue Goose). It was very cheap.

It still exists. It is now a boutique hotel and no longer cheap. I don't suppose guests have to go to the bathroom down the hall anymore.

According to their web site, it is the oldest inn in Salzburg dating from 1350. Current prices are hundreds of euros a night. 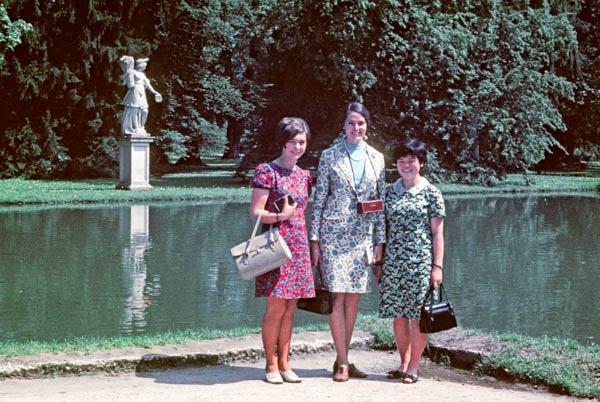 Here are my friends (L-R): Jean, from Canada, Brenda from the US, and Peco.

I continue to be amazed at our dresses. It was a different time. 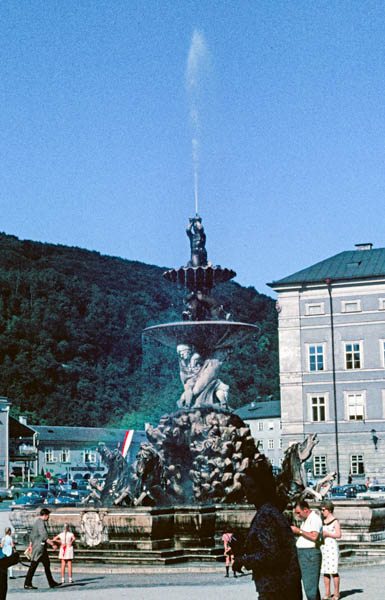 The Residenzplatz was a beautiful square featuring this fountain. I was of course attracted by the horses. 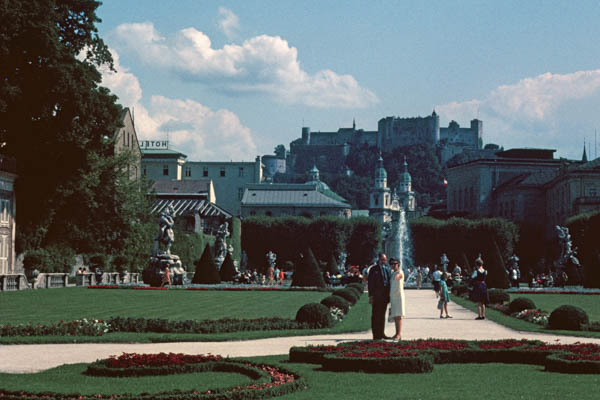 I stepped onto the grass to get a better picture in this park and an Austrian lady chewed me out royally. There was a tiny "keep off the grass" sign that I had missed. Ever since I've been chary of stepping on the grass at a public park and always look for a sign! Or nearby Austrian ladies. 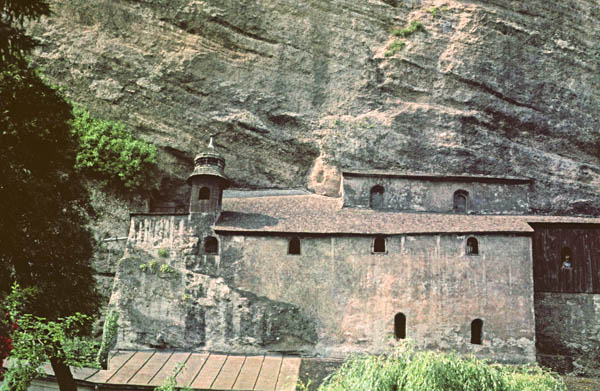 St. Gertrude Chapel is hewn into the solid rock of the Mönschberg overlooking the St. Peter's monastery and cemetery.

It was built in the 12th century by Archbishop Konrad III, a personal friend of Thomas Becket, and dedicated to that English martyr. 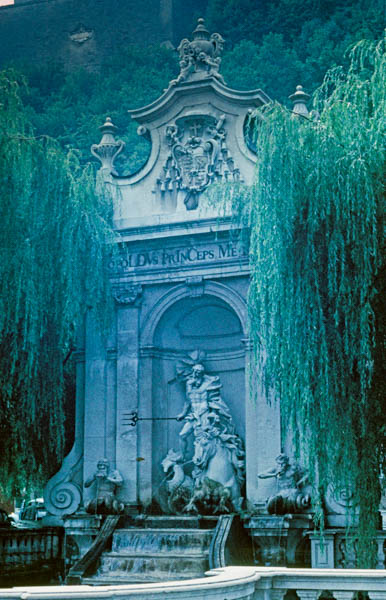 This pool and fountain, created to water horses, is on the edge of Kapitelplatz, or Chapter Square. Nice horse trough! 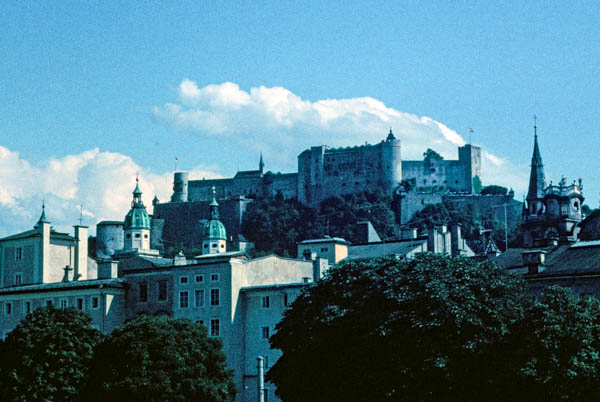 The Hohensalzburg Castle dominates the city. Like so many others it was constructed over the span of many years starting in the 11th century. 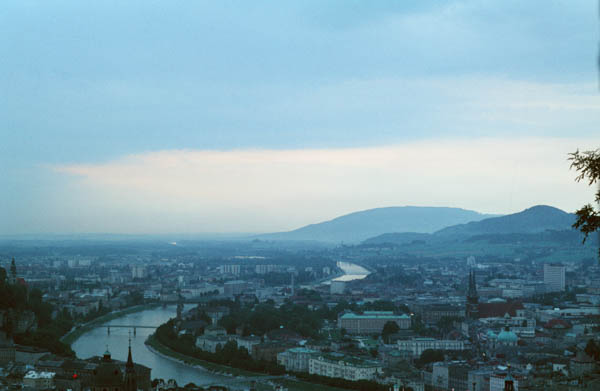 The view of the city from the castle. 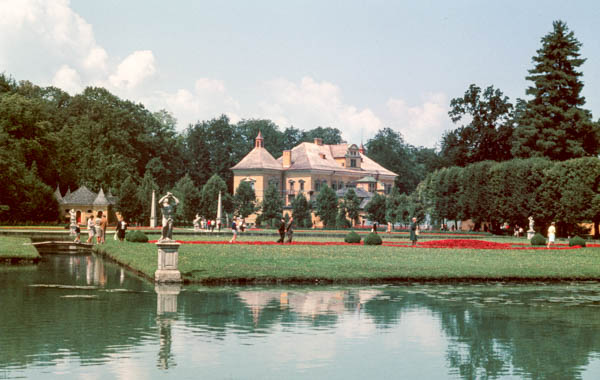 We took an excursion to Schloss Hellbrunn, a place where water and fountains are given a starring role. 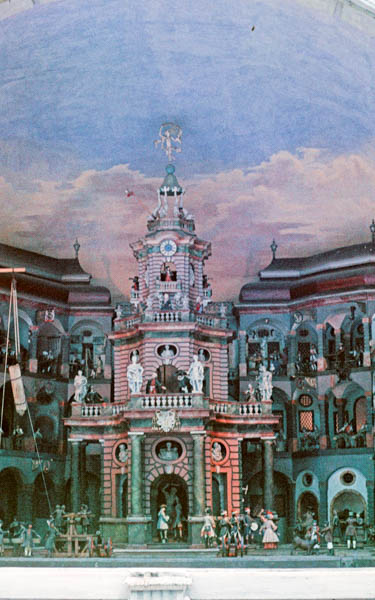 This automaton was driven completely by water. People moved around, the construction crane on the left hauled material up & down, and I forget what all else went on. There may even have been music powered by the water. 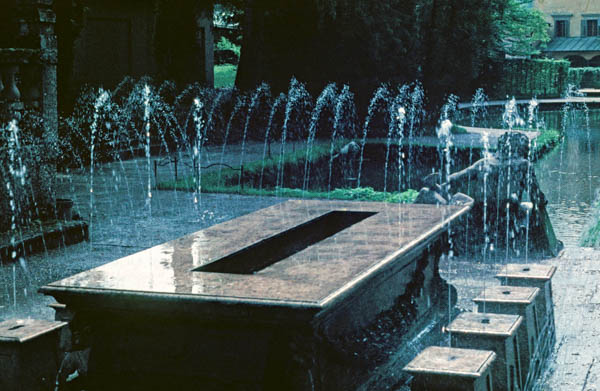 Guests expecting a quiet meal at this al fresco table were in for a rude surprise! 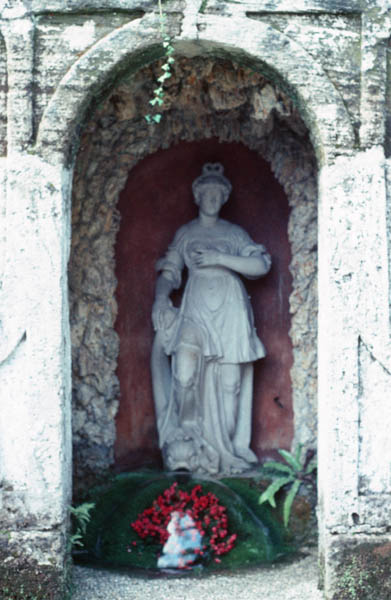 The flower arrangement at the base of this statue keeps fresh for days by the smooth flow of water making a "bowl" over it.

After a delightful day of waterworks, we returned to the city to catch our train back to Kochel.