I visited Munich several times over the summer as it was only a brief train ride from Kochel. I didn't take many pictures, but I enjoyed the Deutsches Museum very much, the Frauenkirche is an iconic site, the Alte & Neue Pinokotecks are great art museums, and I even attended a play with my hometown friend Kathryn, who was winding up her junior year studying in Munich. It was an American play translated into German, and I don't believe I understood a word although I was familiar enough with the story to follow the action. I've fogotten what the play was.

There are a number of little things about Munich that stand out in my memory. One day I was struggling with a map trying to find my way somewhere or the other and an elderly gentleman came over and politely inquired how he could help me find my way. He was very gracious and used my map to show me the route. It was my first experience with articulated trolleys. Actually, it may have been my only experience with articulated trolleys. There were a great way to get around.

Whenever I passed through the Munich station on my way back to Kochel, I always stopped to get a packet of Leibniz Butterkeks and a banana. Yum. I still can't resist Butterkeks whenever I run across them. 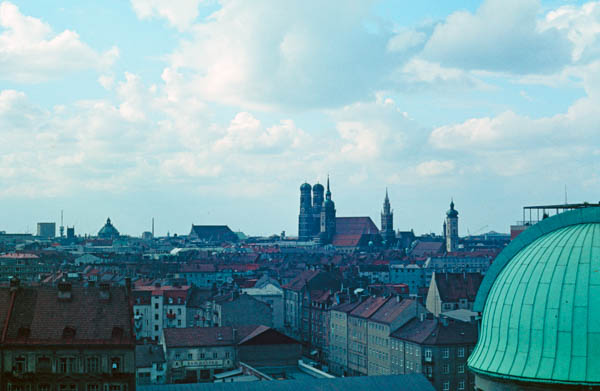 The view from the top of the Deutsches Museum. It is the best science & technology museum that I've visited to date. I hope to get back some day.

The towers of the Frauenkirche and the Rathaus dominate the skyline. 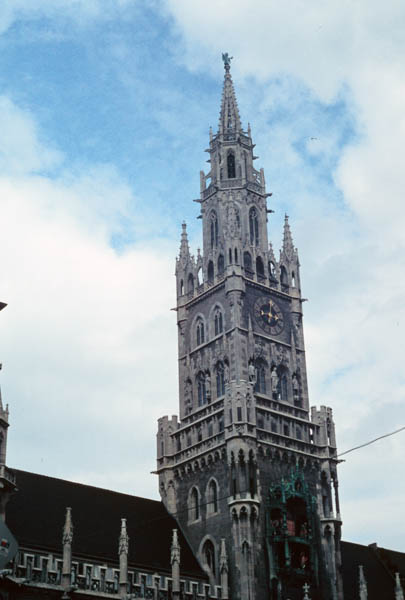 The Rathaus up close. This is the NEW town hall. It isn't as old as it looks having been built in the late 19th century.

The Frauenkirche can be seen from all over town.

After so many baroque interiors, the spare style was restful. 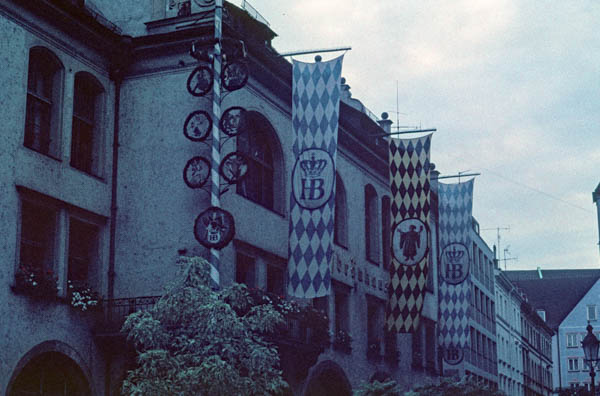 Every visit to Munich must include the Hofbrauhaus. I was even less of a beer drinker then than I am now, so I'm not sure I ever went in.