Jefferson did not confine his designs to the building and its interiors; he was also a landscape architect. He incorporated elements of English (naturalistic) and French (formal) gardens at Poplar Forest. In addition he used landscape features to implement elements of Palladian architecture.

But first, the name Poplar Forest came from the extensive stand of tulip trees, AKA tulip poplar, on the property when it was first patented prior to Jefferson's ownership. Most trees were cleared to produce lumber and farmland, but Jefferson sited his house just to the south of a large grove and several of those trees still survive. 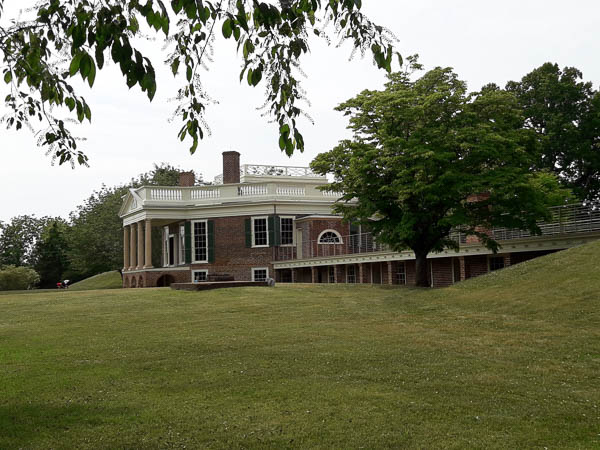 Jefferson implemented his design using mounds and a double "colonnade" of mulberry trees flanking the house. The need for support facilities caused him to subsquently build one wing housing kitchen, smokehouse, and other necessities.

Since one-story buildings were fashionable at the time, he constructed the house and the service wing on the side of a hill, making the two-story house appear to be one story as approached from the main entrance. 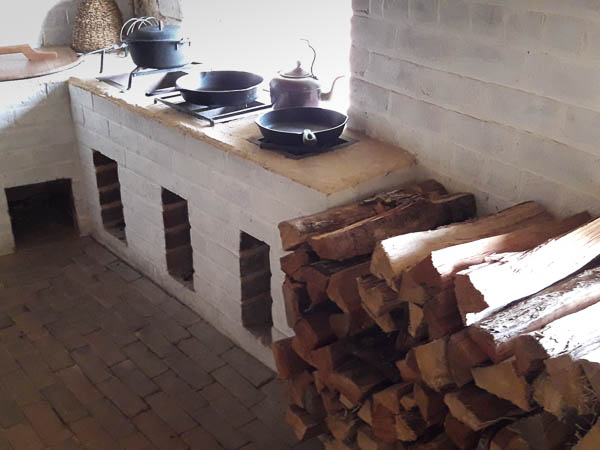 The kitchen section illustrated a number of different cooking facilities. There was an audio explanation of what everything was and how it was used, but I didn't stay to listen. That will have to wait until next time.

As might be expected for someone of Jefferson's culinary tastes, the kitchen was sophisticated for the time and place. 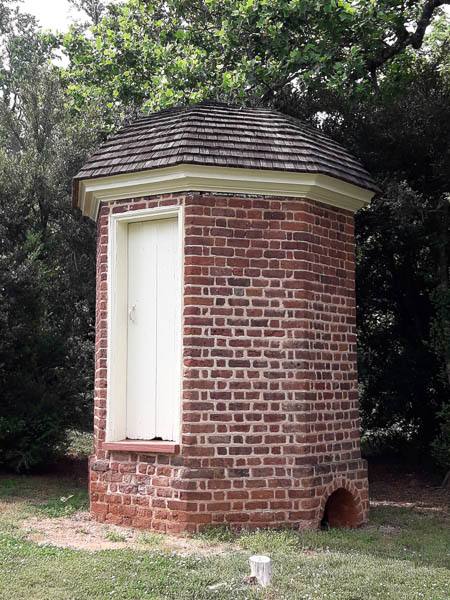 Octagonal privies flanked the two mounds. The steps haven't been restored on this one, located on the east side.

These "conveniences" were a hike from the main house, but Jefferson himself had a private privy tucked underneath the stairwell adjacent to his bedroom. I expect the guests at the house had chamber pots for late-night or cold & rainy use. 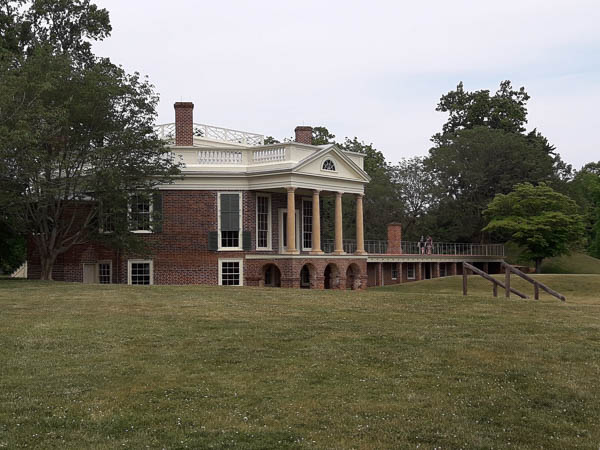 Although it hasn't been restored yet, Jefferson designed a sunken space on the south side of the house as a formal garden. The dirt dug away from the site went into the two mounds.

It is only from this space that the visitor can see the full two stories of the house.

The bottom story was used for storage space -- it was never finished for living.

The service wing may have had limited sleeping space for servants. 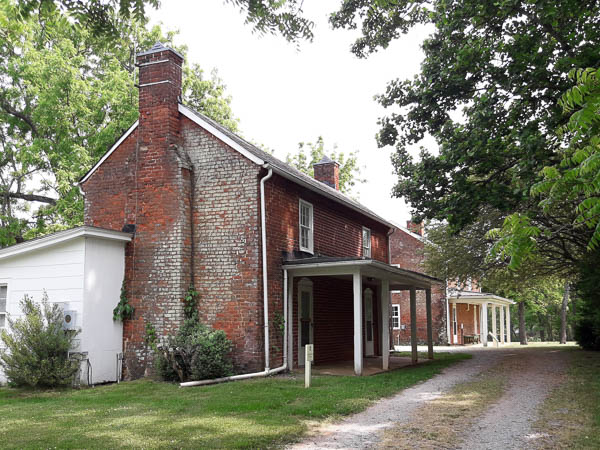 These outbuildings, an overseer's house and a slave dwelling, date to the post-Jefferson period.

The area where Jefferson's slaves were housed is in another location. I didn't visit there on this trip. 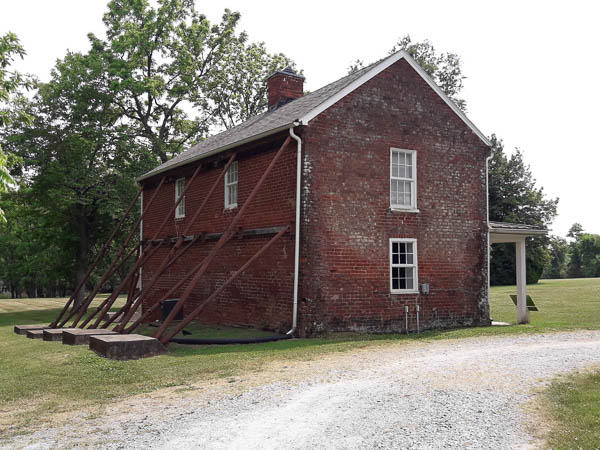 This one had a day-in-the-life-of-a-slave exhibit and I pondered for a while before going inside!