Very early in the morning of 6 March, we cast off from the dock at King Edward Point for another couple of stops on this lovely island before heading across the South Atlantic to Tristan da Cunha. 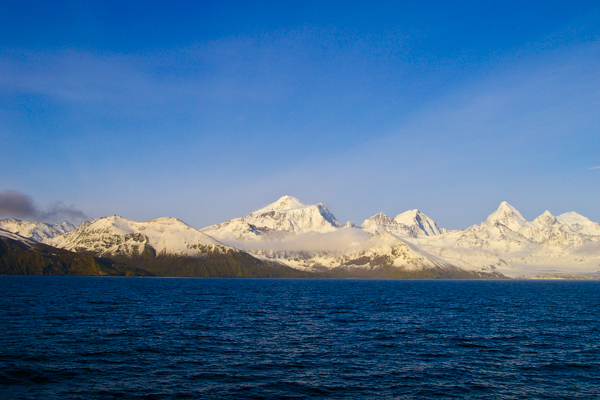 When we awoke, the weather was glorious, for a change, and I took a picture before going to breakfast. Good thing. By the end of breakfast, it had begun to cloud over again.

South Georgia was the high point of our trip. I wish we had seen more of it in the sun. Imagine the Alps at sea level. 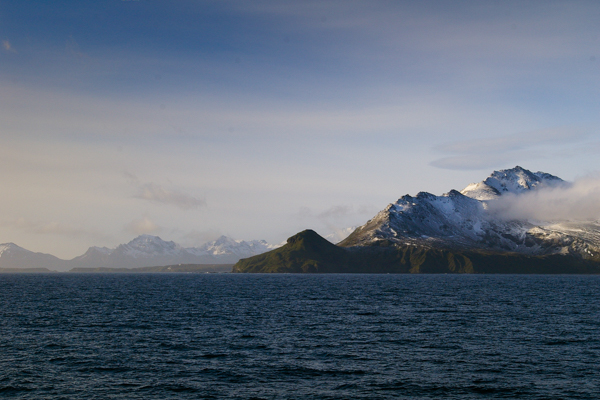 St. Andrews Bay is the low land behind the headland in the center of the picture. It is the location of the largest King Penguin colony in South Georgia.

Our first sight as we climbed out of the Zodiacs was this group of Elephant Seals. This is the time of their molt and until it is over they do nothing but lie around, burp, poop and fart. They neither eat nor fight during this period. After their new fur coats are complete, they head out to sea until the beginning of the next breeding period.

Penguins are crowded along the beach and a river that we must cross to reach the main colony. 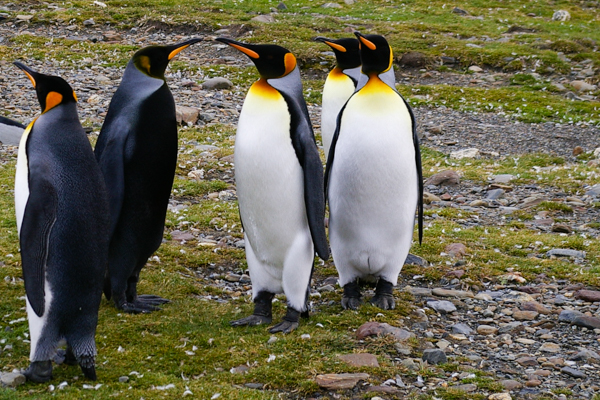 Just before the river we saw this rare bird: a melanistic penguin. This is a genetic variation that is the opposite of albinism. 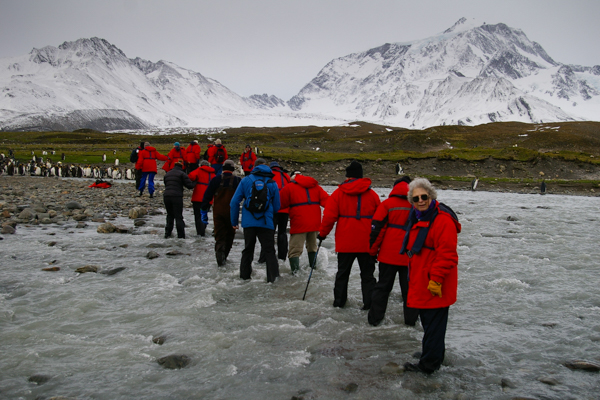 I had to chuckle because on the way out, the expedition staff were very solicitous as we crossed the river -- helping us all and admonishing everyone to be careful. When it became time to return, we were strictly on our own! Not that it was a big deal, but it would have been a drag to fall.

The pale color of the water is due to glacial runoff. 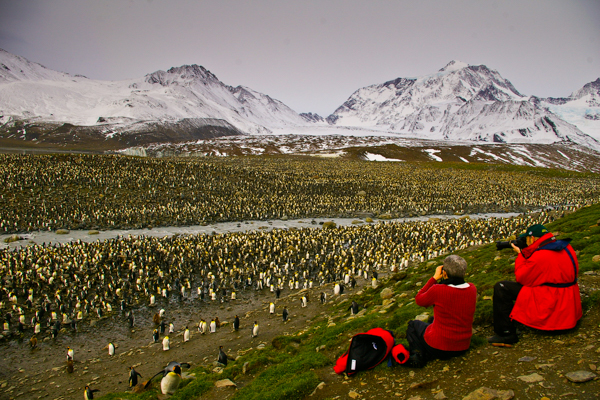 Just how many penguins did you want to see? The size of this colony is estimated at 250,000 birds, give or take. 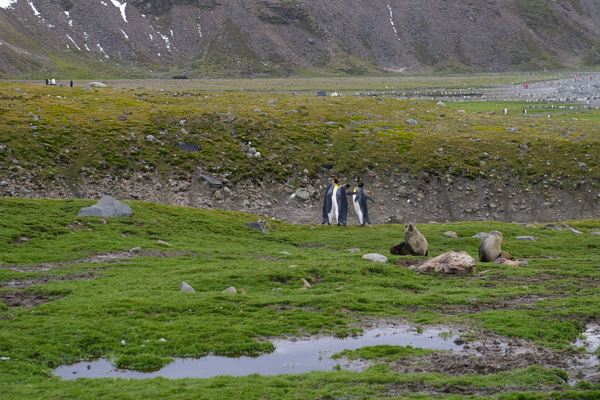 Although almost all of the penguins we saw were very peaceable, there were occasional "love triangles" in which two males competed for the affections of a female. The two suitors whacked at each other with their flippers with the occasional peck for lagniappe. The female stayed aloof from the fray.

Jim got a great video of one such triangle. Someday I'll figure out how to get it online. 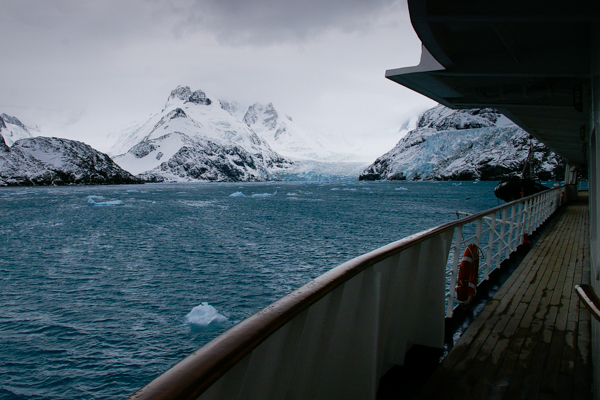 We bade farewell to the pinguinos and embarked for our last excursion on South Georgia: Drygalski fjord at the south-eastern tip of the island.

Some of our number took a Zodiac trip into one of the smaller inlets of the fjord. There they met a Scandinavian couple planning to overwinter in a sailboat. More power to them! 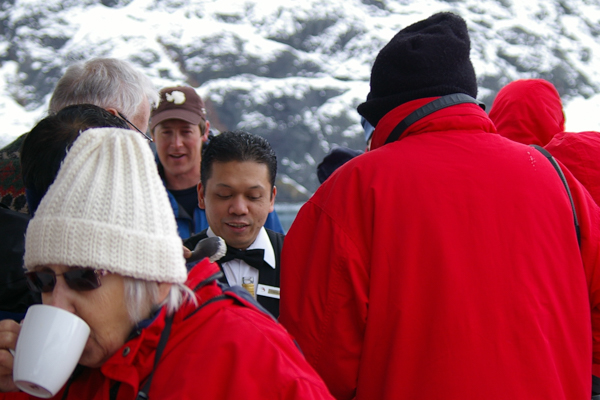 This is more down my alley. As we froze on deck watching the ice and glaciers, one of the cruise staffers came out with a tray of steaming hot chocolate! It really hit the spot.

This was just one example of the care and service of the Corinthian II staff. After every landing we were met with warm drinks or hot soup. Since we were invariably damp from the Zodiac ride and chilled by the sub-Antarctic weather, it was quite welcome. 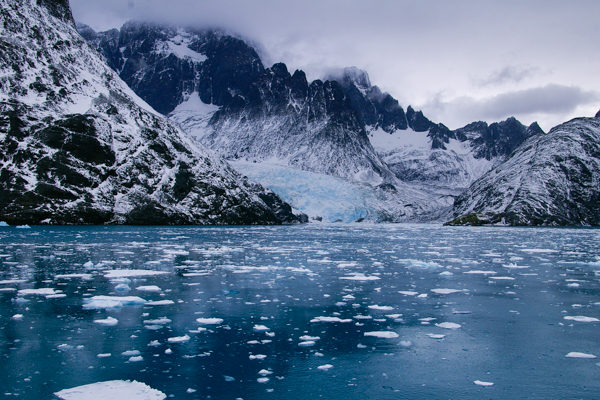 The rocks here are the oldest on South Georgia and date back to the Gondwana supercontinent.

Numerous glaciers come down to the water and are the source of the ice that we cruised through. The luminous blue color is due to the tremendous compression of the ice.

Click on your browser's "back" button to return to the index page or click to continue our cruise to Tristan da Cunha.