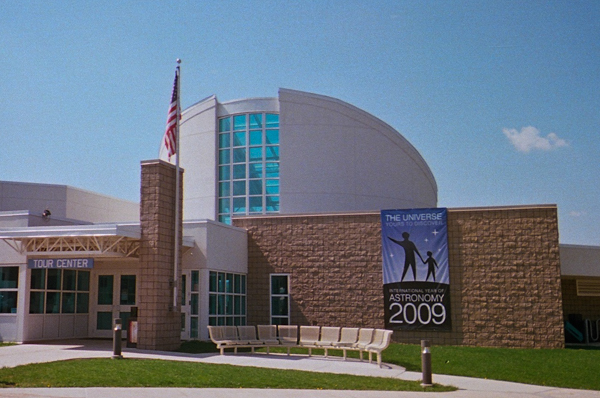 On 15 April 2010 a band of Lexington Newcomers traveled to visit the NRAO Green Bank.

Much more fun than fretting over taxes! 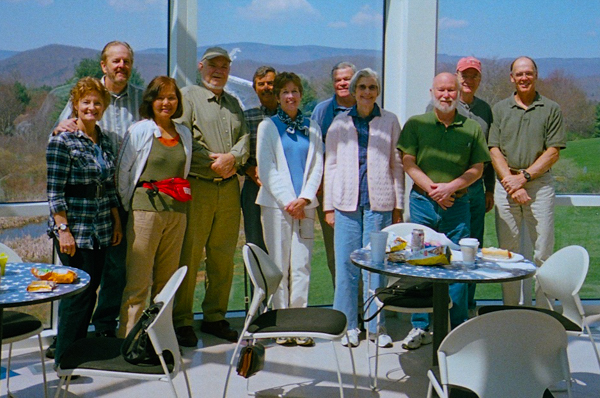 We got there early enough to have lunch at the snack bar.

This seemed like a good time to get everyone together for the obligatory group shot.

After lunch we gathered in the auditorium for a film and some demonstrations. 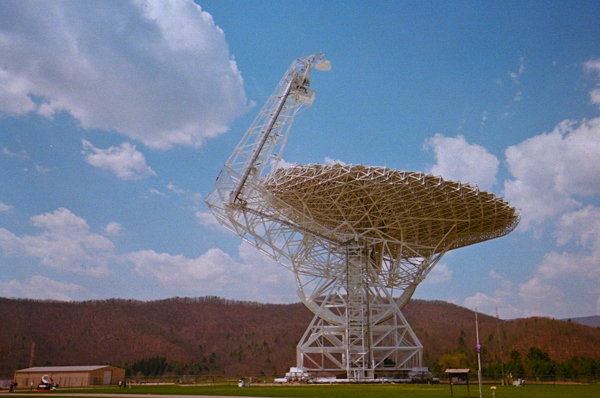 After the demonstration we piled into a diesel van to view the grounds and telescopes. The spark plugs of gasoline engines are strong enough to be detected by the telescopes and must not go beyond a certain point.

The size of the telescope is indicated by the tiny people.

Digital cameras are not allowed because the telescopes can pick up the emissions they give off (it's true! they had a graph displayed nearby that showed what each click looked like). I was using a disposable Kodak film camera. It was hard to get close enough for detail yet far enough away to capture the entire structure.

It is quite beautiful. 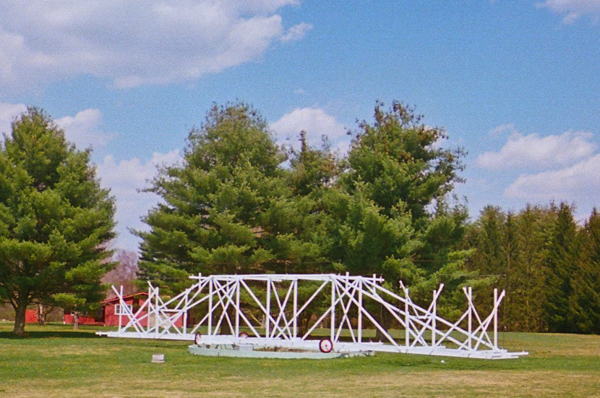 Karl Jansky worked for Bell Labs in the 1930s. He was assigned to research the potential for interference with radio transmissions that were being planned for overseas telephone.

He built a rotating antenna to do the research. This is a replica.

In addition to specific sources of static, he found a faint steady hiss of unknown origin.

Tests showed that the source of the hiss was the center of the Milky Way galaxy. 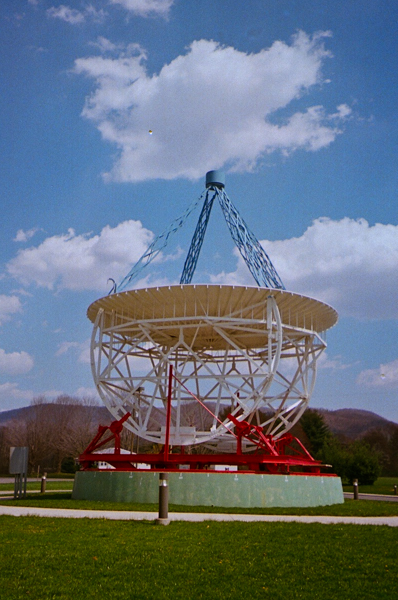 Although Jansky published his results, which attracted much interest, it was the Great Depression and pure science was seldom funded. Bell Labs had the answer it wanted about interference and reassigned Jansky, who never worked in radio astronomy again.

It remained to Grote Reber to build, at his own expense and in his back yard, the first telescope specifically designed for radio astronomy.

This is the actual telescope. It is no longer used, but is on display in front of the visitors' center.

After much trial and error, Reber began to publish his results and ensured that radio astronomy became a major research field after World War II. 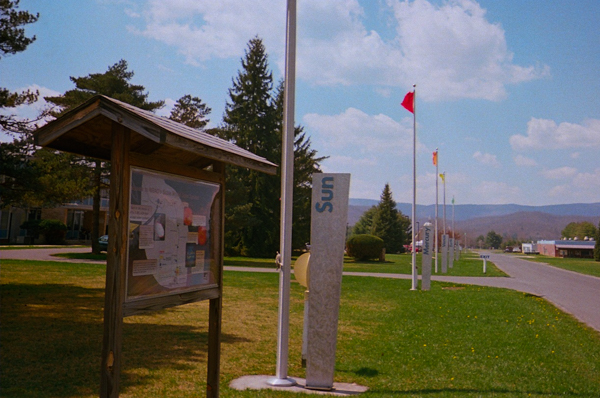 The facility has a display of flag poles that constitute a scale model of the solar system.

This picture shows the Sun and the inner four planets. The others are at increasingly greater distances in a straight line through the facility. 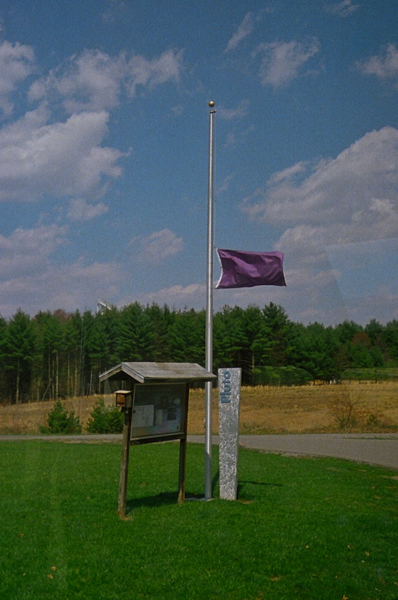 Alas, poor Pluto was demoted by the International Astronomers' Union in 2006.

It is now a "dwarf planet" so its flag is flown at half-staff.

There were many other interesting exhibits and sights to see at Green Bank. We hope we can go back some day for the technical tour, which wasn't being offered on the day we visited.