I described my first-ever business trip to Panama for the VTAADS project. This was my second trip -- to Ft. Huachuca near the town of Sierra Vista, AZ. This trip had some challenges that were not present in Panama. As part of rolling out standardized software world-wide, the Army mandated a standard hardware platform: the IBM S/360. Ft. Huachuca's computer, however, was a Control Data Corporation product, arguably more advanced than the S/360 at the time. They were reluctant, to say the least, to take what they perceived as a backward step, but orders from HQ are orders from HQ. I believe they compromised by keeping the CDC computer for the bulk of their work and sticking the S/360 into a corner simply to run VTAADS. Given that many, if not most, of the software projects in the pipeline were hosted on the S/360, however, I think this must have been a short-lived compromise.

This trip included an unwelcome first: sexual harassment. One of the senior programmers on the trip tried to convince me to run off to Mexico with him! He actually used the "my wife doesn't understand me" cliché. Over many years as a woman in a male-dominated profession I was the unwilling target of many such approaches, but this one had to be the least original. 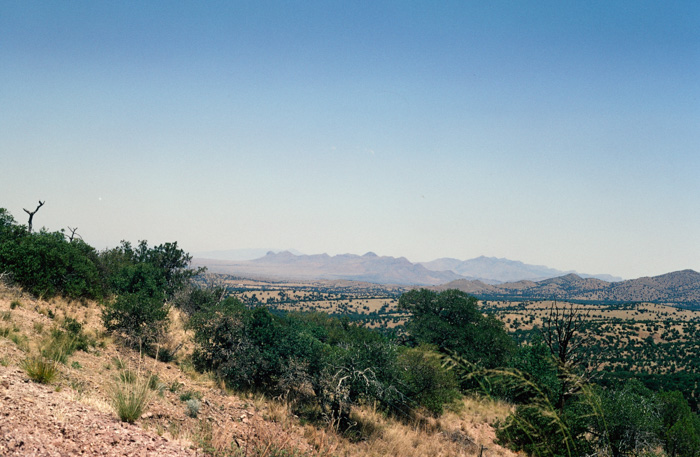 As usual we had a day off while the local folks did the programming to prepare for the conversion. Several of us took the opportunity to visit the Coronado National Memorial and adjacent territory. 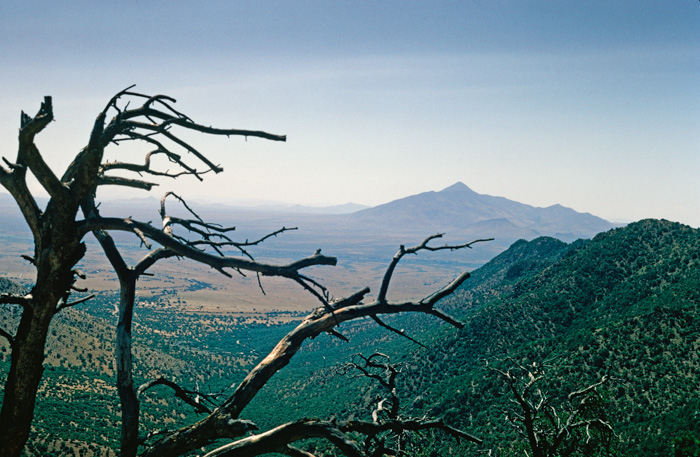 As many times as I've been to Arizona and other desert places, I'm always amazed at how green they are. Numerous plants are well-adapted to the arid environment. Even when we visited the Persian Gulf states in 2016 there were only a few areas that were completely barren. 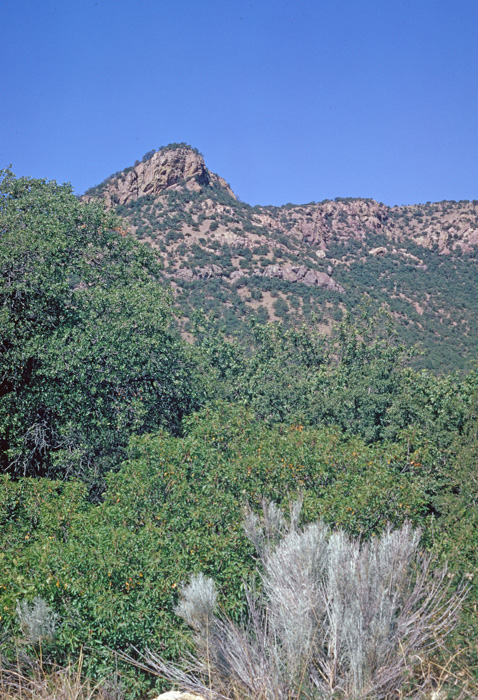 This area is on the Mexican border and Buck, one of our colleagues at Ft. Huachuca, had invited us to visit his ranch in the vicinity of Coronado. In the days of horse cavalry his family supplied horses for the Remount Service.

He told us that the border was porous in the early days with stock and people moving freely back and forth. At the time of our visit I think this was still pretty much the case. Nowadays there is a fence along the border, but it is not a deterrent to smugglers and other folks who are just seeking more opportunity. 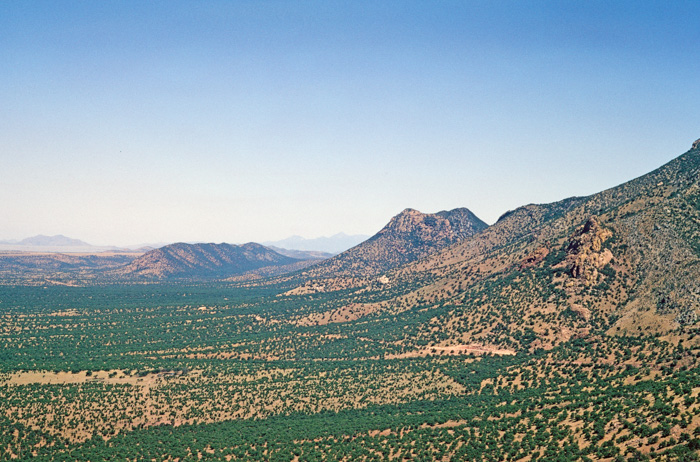 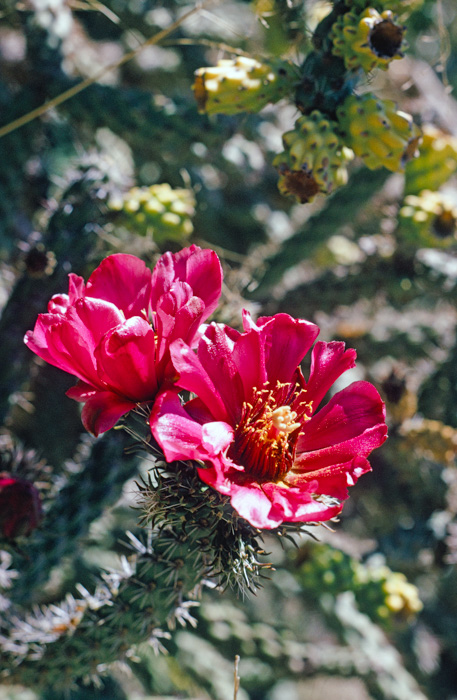 As we drove along the road to the ranch, we passed some cactus blooming. I made the others stop the car so I could hop out and get a picture. 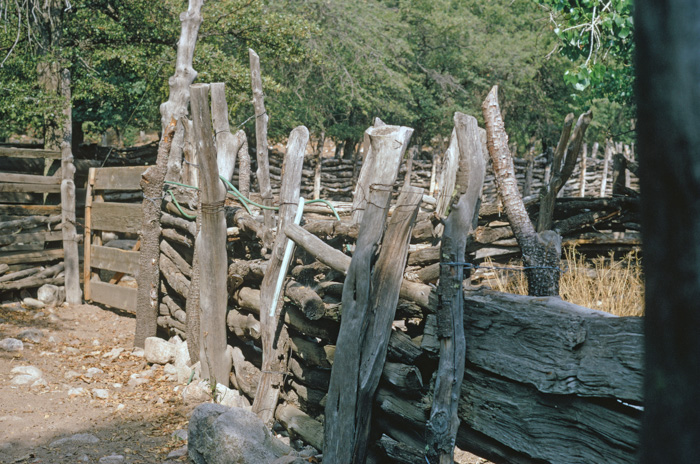 The ranch used "found wood" to build the stock corrals. This fence was quite old. The climate is so dry that the wood is not subject to rot. 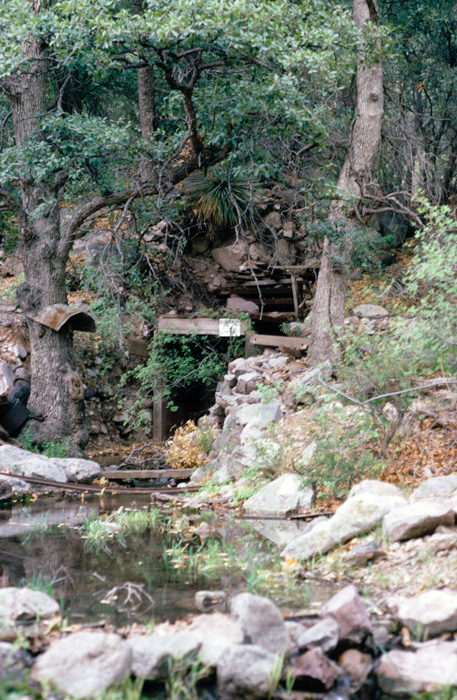 Mining was also a source of income in this area. This small copper mine was on the ranch property. I've been told many times that Arizona is noted for the "Three Cs:" Citrus, Copper and Cotton.

It has never been clear to me why anyone would raise cotton in the desert, but that's modern agriculture (and federal subsidies) for you.

Jim's friend Marshall, who grew up in Tucson, remembers selling grapefruit and other citrus from a roadside stand. He made a good bit of money selling to tourists and snowbirds. 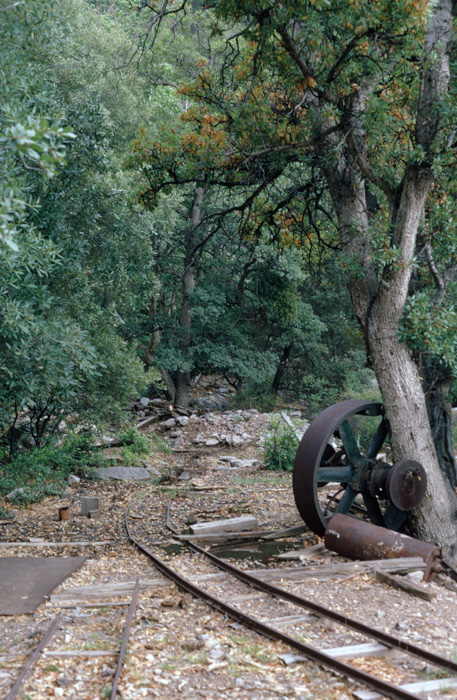 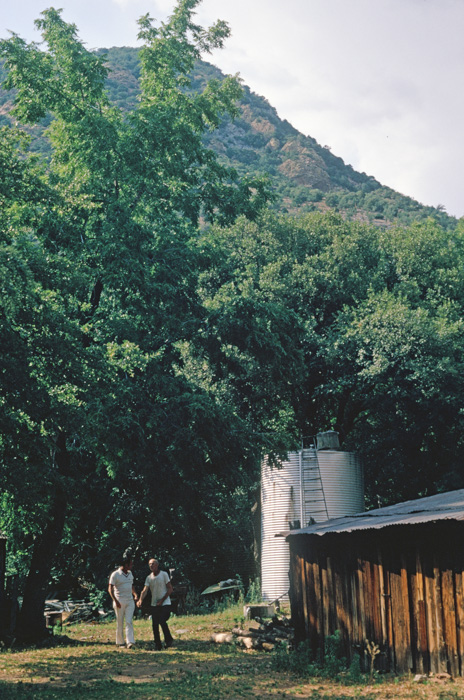 The man on the right was the ranch caretaker. He was a fascinating guy. He developed throat cancer. Doctors treated it by removing his vocal cords. He recovered and taught himself esophageal speech.  It took getting used to, but he was an accomplished raconteur and well worth making the effort to understand.

It was a treat to visit the ranch and surrounding countryside. Later in the trip we also made an excursion for dinner to Nogales.